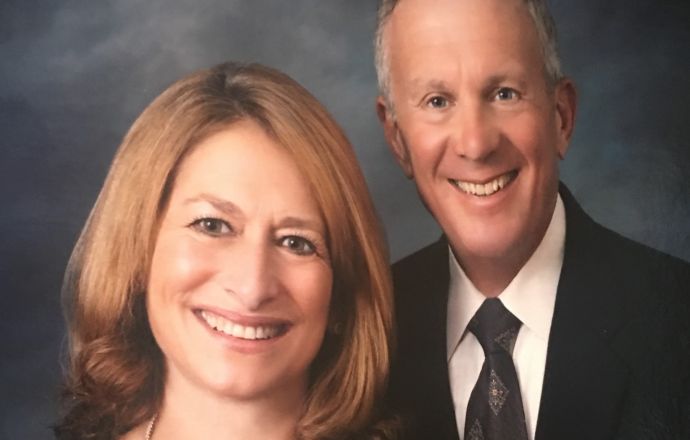 Shelley and David Tager have been committed to Project Morry’s mission since its inception in 1995 when a small group of close friends and family gathered to identify ways to honor Morry Stein’s legacy following following his untimely passing. For many years, the Tagers were active members of the Project Morry Board of Directors, leaving a lasting impact on the organization. David served as Board President from 1998-2000, while Shelley was one of the founding members of Camps That Give, a fundraising partnership with private camps. The Tagers also introduced Project Morry to the United North Amityville Youth Organization (UNAYO) which has been a community partner for over 20 years.

David and Shelley’s love for and commitment to the value of summer camp was born and developed during many summers at Kamp Kohut in Oxford, Maine. In 1988 a mutual friend introduced the Tagers to Amy and Morry Stein. A strong personal and professional relationship quickly developed, resulting in the Tagers’ purchase of Camp IHC in 1989. In their early years as camp directors, Morry and Amy mentored Shelley and David, helping them make Camp IHC one of the most successful co-ed resident camps in the country.

Currently, the Tagers spend their summers at Camp IHC as Directors Emeritus. As the Steins mentored Shelley and David, the Tagers have passed the gift of a profession in camping, to Lauren and Joel Rutkowski, the current Owners/Directors of Camp IHC.

Please join us at Project Morry’s Annual Benefit on November 6, 2019 to honor the Tagers’ lasting commitment and impact on the organization and the children we serve.

Next: Camp is Here!

What’s Your Superpower for Change?

Camp is Open! Help Us Pack Our Trunks!

What the Changes in Standardized Testing Mean for Project Morry Students

A Note From Dawn